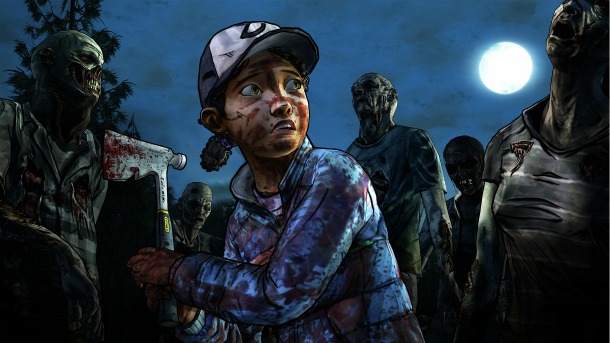 Telltale Games recently wrapped up season two of its violent and emotional The Walking Dead. The season ended with a bang, incorporating multiple endings for the first time. Telltale president and co-founder Kevin Bruner opens up about putting Clementine in the leading role, bringing back old faces, and how fan feedback shaped Telltale’s direction.

Note: This is an extended version of an interview that originally appeared in issue #259, featuring answers that didn't make it into print. This article also contains spoilers for season two. You've been warned.

On Bringing Back Clementine...

When did Telltale start planning season two, and what were your initial ideas?

We started planning season two shortly after the finale of season one. First we kicked around ideas about what character would be playable for season two. We considered moving to a new group of survivors or revisiting the backstories of characters like Kenny. We were really gun shy about making Clementine playable. We were worried it would be strange to play her after the season one experience. We also certainly didn't want to leave her story untold, since that was what we felt was most interesting for the series. We even kicked around playing as a new "protector" of Clem, but that felt too much like replacing Lee.

Once we finally came to terms with making Clem the playable character we dove into the season two arc. It took a while to land where we did, but that's not unusual for us. One version of the story actually had an abandoned zoo and a tiger!

What did the team hope to accomplish with season two?

We felt like season one was about teaching Clementine how to survive in the apocalypse. But what Lee taught her was grounded in surviving the zombies. He taught her to fire a gun and keep her hair short. In season two, we wanted to explore how Clementine would deal with other survivors as she grew up. We thought we could let the player own this aspect of Clementine without tarnishing everything the player did as Lee.

Clementine encounters some demented stuff, like the sadistic Carver. Did you ever have any apprehensions due to her age?

We thought her age was an asset. An early concept for season two was "You're eleven years old and the world doesn't care." That's actually a notion of survival that was put forth by 'Chuck' who you met on the train back in season one. In fact, his words to Lee became part of the backbone of everything we worked towards this season when thinking about Clem, and how we should be treating her. To quote him directly, "I don't know much about you folks, but ya'll keep goin' like this and that girl ain't gon' make it. You gotta consider her a living person, that's it! You're either living or you're not. You ain't little, you ain't a girl, you ain't a boy, you ain't strong or smart, you're alive".

We wanted to put Clementine in real adult situations where she was forced to grow up faster than she normally would, yet, we still wanted to keep her a little girl. One of my favorite moments in the game is when the group is sitting at the power station talking about sex assuming that Clementine doesn't understand. The player can jump in and say "I know what you're talking about" which makes them ask, "Really?" The dialog choices are then firmly from an eleven year old's perspective ("kissing stuff" is my favorite). It was a fun way to remind the player Clementine is still a little girl in an adult world.

What were some of the challenges of using a young character like Clementine as the lead character?

One of the hardest challenges was ensuring that Clem was in situations where an eleven year old girl was the pivotal element to the story. It's not organic for a bunch of adults to defer to a kid for decisions and solutions, but having the adults solve all the problems isn't much fun to play. I think we crafted some pretty good solutions to this problem. As the story progresses, the group starts to consider Clementine more of an equal (an adult). We thought this dynamic was great for us since the player would want Clementine to grow up and take care of herself. But in the end she is still a little girl. The finale forced players to confront this reality when Clementine has to go to some extreme lengths to deal with the adults around her. 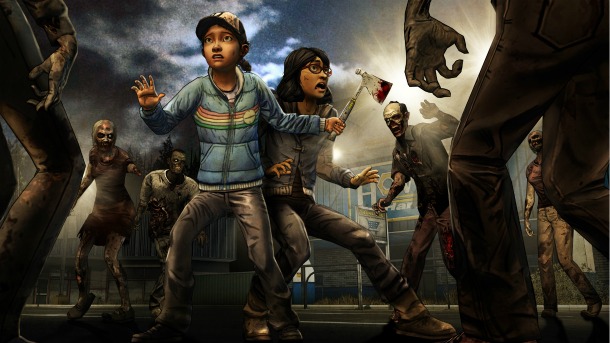 Why did you decide to bring Kenny back? Do you think it paid off?

We knew that many people were speculating about the fate of Kenny and answering that would feel really cool. I do think it paid off. Kenny is such an interesting and complicated character. We've personally experienced his loss in season one, and experiencing the apocalypse break was his purpose in season two. We hoped that players would feel that the world was harsh enough to break Kenny, but they were able to save Clementine.

It wasn't easy to figure out exactly what was going on with Sarah. Was she just a sheltered character, or was there more to it than that?

She was certainly sheltered, but there's more to Sarah than an over-protective father. Sarah exhibited many of the symptoms of something like PTSD (post-traumatic stress disorder), which is something that people usually associate with combat veterans; however, it's something that can affect anyone, including children. It can occur in the wake of exposure to a terrifying event, and Sarah had experienced her fair share of that in the undead apocalypse. Sufferers often try to shut out or avoid anything that reminds them of the trauma that they experienced; Sarah's father, Carlos, was well aware of this. As players saw, he was incredibly protective of his daughter, and tried to put her inside a bubble. Sarah's behavior and personality was the result of the world around her, rather than any other factor.

Sarah's scene in the trailer tested the player's empathy to her plight. Acting on empathy to aid another at risk to yourself can seem at odds with survival in The Walking Dead, but it takes empathy to build strong relationships, and "sticking together" was one of Lee's advice options to Clem in his final moments. We like to think that Lee probably would have done everything he could do to get Sarah out of that trailer, and by looking at the cumulative stats, Lee's advice seems to have had an effect because more than 70 percent of players did just that.

Telltale uses live development as a way to adjust what's working and what's not. What changed in season two due to fan feedback?

Tons of stuff changes due to fan feedback and our ability to look at telemetry from playthroughs. There are literally hundreds of tweaks to dialogue, editing and cinematography based on this data. I think one of the biggest things we were able to react to was our ability to ensure that people had strong connections to Jane. She enters the story late in the series, but is one of the most important people in the story. We had to make sure that Jane and Clem bonded in a way that would be satisfying to the player. Much of what Jane and Clem talk about when they leave the group (before finding Luke and Sarah) was driven by this process, with the subject matter being crafted around the way people interacted with Jane up to that point. 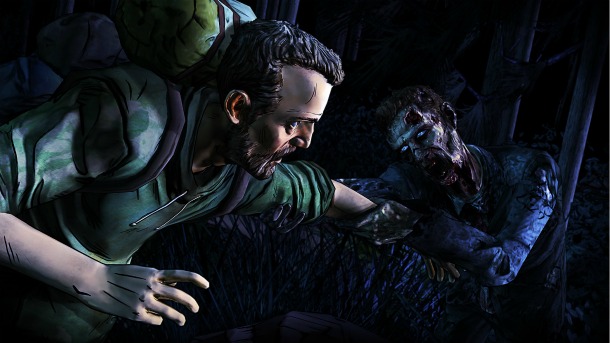 Season one had such a powerful ending and was met with wide acclaim. Did Telltale feel any pressure for the season two ending?

We knew we didn't want to -compete with the season one ending since that had landed in such a special place. Right from the start we decided instead to explore multiple endings. We wanted the season to empower Clementine to control her own destiny, but we had to make sure that it would be the most difficult choice she's ever made. The way in which the final scene was arrived at was interesting. We intentionally spent the season "growing up" Clementine by allowing her to become more like an adult member of the group. She gains more respect and responsibility from the adults as the season plays out. But when the stakes are at their highest, she's once again constrained by being small and unable to stop the adults around her. This forces her to take the situation into her own hands in the only way she can in that moment. In our eyes, that's when Clem finally takes complete control of her own destiny, and it's up to the player to decide. None of the endings are particularly happy (it is The Walking Dead after all), but they are all firmly Clementine's. We hope players feel like Clementine has grown significantly over the season and she is now ready for the world, even if that world is harsh and has forced Clem to leave her childhood behind.

Do you know yet how these endings will play into season three yet?

We can't really say anything about season three yet, but it's safe to assume that your season two ending will be an important part of it.

What were some of the biggest lessons the team learned during season two? What are you most proud of?

I think we're most proud of being able to deliver such a powerful second season. Coming on the heels of the success of season one was pretty intimidating, and there was plenty of opportunity to fail. Season one was fresh and unexpected, but now our audience had high expectations and knew how our style of game worked. We didn't make it any easier for ourselves by deciding to play as an eleven year old girl either. But we've never shied away from the challenge of telling complicated and challenging stories. We developed an almost entirely new cast for Season two and got people to engage as strongly as season one. I think we really handled the transition of Clementine as supporting character to playable character really well, and that we actually made Clementine from season one a lot more interesting after completing season two.

As far as lessons learned, there are just too many to list! Being able to tell interactive stories at the scale we are now is a really special place. We feel like pioneers who are making stories like no one else has before, so we are learning all the time and constantly challenging ourselves to be better. We still have so many things to explore. We still feel like we have only accomplished a small slice of what is possible with interactive drama, and there is much, much more to be learned, and we have a special opportunity to explore this space like no one else has before.

What can fans look forward to with season three?

We'll keep challenging ourselves as storytellers and pushing the boundaries of where we can take the player, but beyond that I'm afraid you'll just have to stay tuned! Just rest assured it'll be 100-percent Telltale and 100-percent Walking Dead.